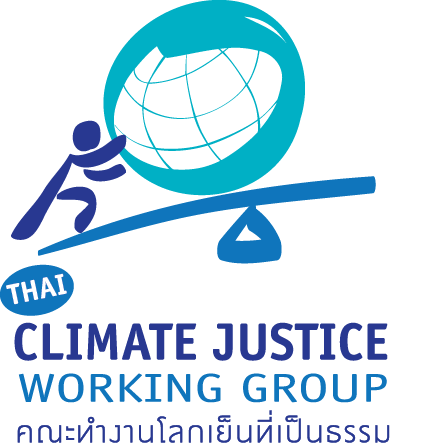 The 14th Participants Committee Meeting of the Forest Carbon Partnership Facility (FCPF) lead by the World Bank adopted the resolution (Resolution PC/14/2013/6) which calls for Thailand, with Department of National Parks, Wildlife and Plant Conservation (DNP) as the implementing agency, to undertake further amendment of the Readiness Preparation Proposal (R-PP) to address five key issues as annexed in the resolution. One of the issues is to conduct regional and national dialogues to ensure that inputs from stakeholders, especially CSO/local communities/ethnic groups, are incorporated into the revised R-PP.

This resulted from concerns voiced by Thai civil society and Thai Climate Justice Working Group (TCJ) to the FCPF in March 2013 on previous participation process and content of the proposed R-PP. With regard to the process, many key stakeholders were not invited and the FPIC (Free, Prior, and Informed Consent) was not fulfilled due to lack of sufficient information given to participants in order to have informed decisions. With regard to the content, it lacked significant facts reflecting Thailand context; in particular the fact about large amount of communities residing and cultivating in areas later declared national forest conservation zones consequently originate conflicts between communities and government officials to this date.

Thai Climate Justice Working Group felt that the additional participation process, as called “aesthetic dialogues”, could be a good opportunity to set appropriate rules commonly agreed by all parties to pursue REDD in the country. TCJ therefore sincerely participated and fully supported the process by attending all forums and facilitating people participation from all regions.

However, to indicate whether Thai government has followed requirements set by the Committee, it is essential to consider how the new R-PP reflects significant concerns of the people. From assessing the current R-PP draft, although the DNP had incorporated some concerns resulting from the dialogues, it failed to address key issues and proposals which are fundamental to conflict resolution between communities and government agencies. Resolving major ongoing conflicts is a significant condition to establish trust between the two parties which is a basis for cooperation in any future REDD+ implementation. The key issues and proposals raised in all forums/dialogues during 2013 are summarized as follows:

The issue of land rights is of most concern for forest communities in every forum. This is the consequence of long-term conflicts over rights to use the land, the unclear demarkation, land tenure conflicts, arrest and legal prosecutions of communities in forest areas, etc. In this regard, communities are highly concerned that pursuing REDD+ without addressing these fundamental problems will lead to further rights abuse and escalation tensions between the communities and local government officials. On the contrary, DNP had responded that REDD+ mechanisms can not solve the conflict since resolving the problems is the government's duty, not DNP's; moreover, these local conflicts stem from outdated forestry laws which do not recognize communities' constitutional rights. The communities therefore propose, in all forums, the R-PP must identify clear and genuine pathway toward resolution in the readiness phase so as to ensure protection of local communities, indigenous, and ethnic groups, on land and access to natural resources prior to REDD+ implementation.

To address land rights and land tenure issue is also one of the key issues Thailand has to amend according to the Annex of the FCPF resolution “4. Articulate more clearly in the R-PP how analytical studies to be carried out in the readiness phase will address the issue of land tenure and gender.”

The DNP claimed that there were amendments in forest-related laws i.e. the National Parks Act 1961 and the Wildlife Preservation and Protection Act 1960 (Amendment 1992) under the DNP and four other regulations under the Royal Forest Department, started in 2005 in response to government policy on developing laws to conform with the Thai Constitution 2007. However, the amendment process was not publicly recognized and participated; especially, local communities and ethnic groups in forest areas had not participated. Conclusively, the amendments, although claimed by the DNP that it they had gone through stakeholders consultation, were a one-sided act of the government.

Genuine participation at all levels of decision-makings, from community level to policy level, is another main proposal from communities in all forums. Communities see genuine participation not only as being informed and having to conform to already-made decisions therefore proposed FPIC at all levels of key decisions. However, the current R-PP draft does not incorporate this concern - FPIC is specified only in pilot-project level but not in key policy decisions level at the readiness phase; it also specified that decisions to adopt REDD+ mechanisms in Thailand exclusively lay on the state.

Every forum agrees that forest conservation and protection by the people help mitigate global warming. On the other hand, it is also agreed that once the forest-carbon enters market mechanisms, it will not contribute to genuine climate mitigation since the carbon credits will allow big GHG emitters, who are the root cause of global warming but having high economic potential, to continue emitting and polluting the climate. Therefore the people insist that REDD+ implementation in Thailand should not enter carbon market; at the same time open to discuss fund mechanisms. Contradictory, the DNP rejects this proposal stating that market is a possible income source; at the same time it fails to mention that further discussion and study to address this concern should be carried out in the the readiness phase to seek stakeholders consensus over the topic.

The current R-PP draft also contains deficient data about communities in forest areas. For example, the R-PP undermines numbers of people currently live in forest-conservation areas stating 184,710 figure; on the contrary, the R-PIN, also conducted by the DNP in December 2009, stated 550,000 people living in forest conservation zones while another study by RECOFCT presented in September 2010 referenced data from the DNP that there were 110,503 families which amount to 716,819 people who live in the conservation zones. Moreover, the DNP fails to address the large number of small-scale farmers and villagers, living and cultivating in areas now declared conservation zones, who are now being sued by the state with criminal and civil charges on damaging natural resources and causing global warming. These cases experience high local conflicts and tensions between locals and officers with many locals appeal they do not receive fair treatment from the government agencies. The conflicts directly result from aforementioned problems. To undermine specific data with selective presentation of certain information, the DNP, who is the direct opponent of villagers in such cases, has intentionally undermined significance of communities living in forest conservation areas consequently affecting fair assessment of potential impacts these people are facing from REDD+ mechanisms.

Denying major concerns voiced by people in all forums organized to hear public opinions, the current R-PP fails to give confidence that constitutional rights of people living in forest areas will be protected prior to adoption of REDD+ in the country. Accordingly, Thai Working Group for Climate Justice and and people organizations who sign-on to this letter cannot accept this R-PP report. We deem the “aesthetic dialogues for meaningful amendment of the R-PP draft” never genuinely took place due to preempted goal set by the DNP. Significant consensus reached in terms of people's concerns and proposals were not incorporated in the current R-PP draft submitted to the FCPF.

Letter from Thai People on RPP_31Jan14finalENG.pdf